Duška Kudra, Coordinator of the Energy and Climate Change Program at Center for Environment:

"While our politicians maintain that the air pollution problems in Bosnia and Herzegovina are only a drop in the sea of global emissions, the WHO analysis paints a different picture. Based on this, we estimate that five thermal power plants – Ugljevik, Gacko and Stanari, along with others in Tuzla and Banovići – will lead to over 39 000 deaths and health costs of more than €800 million by 2030".

During the Bonn Convention in May 2017, grants were made available to Bosnia and Herzegovina to develop a plan for adaptation to climate change. Center for Environment has witnessed the country’s government continuing to invest in expensive and environmentally damaging projects, resisting the opinions of professionals and the public.

Given the dire situation concerning air pollution and the government’s lack of constructive action, Center for Environment decided to bring attention to the issue by ‘honoring’ Srebrenka Golić and Edita Đapo for their multi-year contribution to air pollution in Bosnia and Herzegovina. This award ceremony included two people with Srebrenka Golić and Edita Đapo masks being presented with skull trophies and plaques. Friends of the Earth Bosnia and Herzegovina then sent a plaque to each of the ministers. 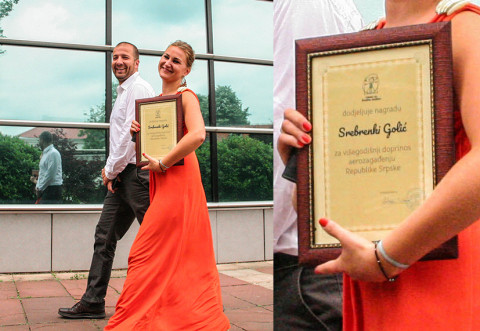 In response Duška Kudra, Coordinator of the Energy and Climate Change Program said:

"We consider hypocritical your ignorance on air pollution issues and lack of responsibility for the real state of the country. The fact remains that we are the most polluted country in Europe, and as we can see from this reaction, the Ministry has time to send to Center a charter, instead of taking serious steps to address and solve the issue of pollution."

Nataša Crnkovic, president of the Center for Environment also commented:

"Such a groundless attack on one of the most serious and most important environmental organizations at the level of the entire Bosnia and Herzegovina, I consider it to be an inexcusably ignorant. Your common question “Who pays us to be silent” is becoming ridiculous and redundant. You should remember that we are not silent, and in all fairness you are not the one paying us. Citizens pay you, while you waste their hard earned money! Who takes this responsibility?" 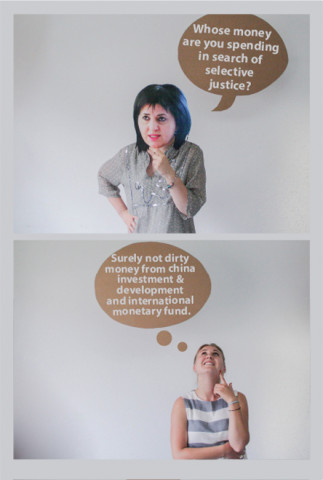 This response on the part of Minister Golić only furthers the case that the ministry is incompetent. Instead of accusing the Center for Environment on false grounds the ministry should focus on implementing sound policy that aids Bosnia and Herzegovina’s environment.